Did you know that Ghana has many natural wildlife and National Parks to explore? 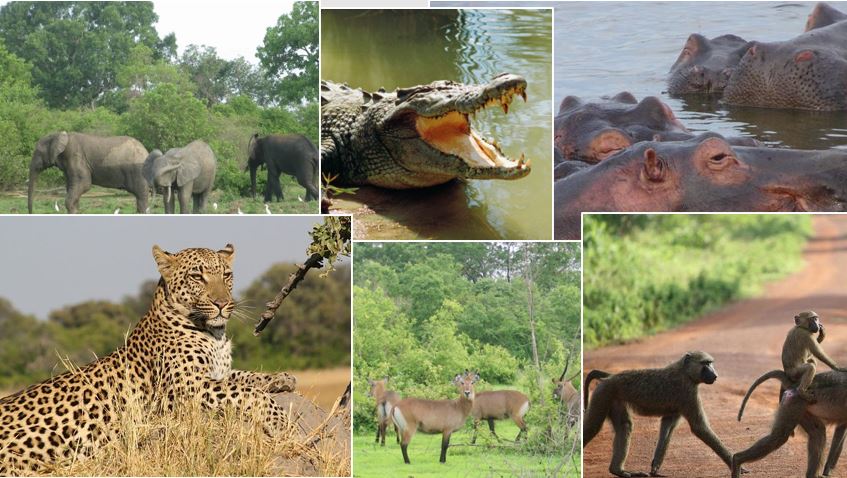 There is no better country in Africa to see the natural wildlife than Ghana.

The country has such a diverse population of species of every type African wildlife there is. Ghana has some protected areas, National Parks, Resource reserves, Wildlife sanctuaries and coastal wetlands. These areas not only give the scientific world a chance to study the flora and Fauna of Ghana but the tourist can come and see the wildlife first hand.

From the breathtaking coastal wetlands to the Tropical Rainforest, then Northwest to the Savanah forest lands. Ghana has all the Ecosystems. The people of the country have the areas set up for easy access to the outside world.

Not only does Ghana have the large Mammals that people associate with Africa they have the tiny ones too. There are over a thousand species of butterfly’s found throughout the country. Insects such as the Rhino beetle and antlion. Both sound terrible but are harmless to man.

Wildlife you can see in Ghana’s National Parks

Ghana has the rare and endangered Nile Crocodile in the larger rivers and protected areas. There is a 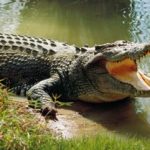 breedingprogram underway to restore their numbers. They once occupied much of the upper African rivers and coastal areas. Ghana is one of the very few countries they continue to breed in.

There are Leopard Tortoises, in the savannah areas that because of their beautifully colored shells made them the perfect pet for people in many other countries. Now protected they can live as long as a hundred years in their natural surroundings. Their main diet is the savannah grasses.

What you will find in the tropical areas of Ghana

The tropical areas have a wide variety of colorful reptiles from Geckos to chameleons. The snakes are also abundant in the tropical areas. Most are shy and the average person if not specifically looking for them will never see them.

All across the country the bird species vary with the habitat. From coastal area sea birds such as the sandpipers, 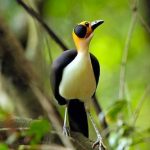 pelicans, and waterfowl. To the diverse tropical birds. Horn birds, parrots and a variety of weavers make their homes amongst the jungle foliage. Finches and soft-billed birds intermingle with the other and stretch as far as the savannah lands.

The lakes and rivers are rich in fish. Reptiles and amphibians make their homes along the banks of the rivers and then the larger mammals such as Elephants and hippos can be seen in and out of the water all day.

In the Northwestern Savanah areas Olive Baboons and black and white Colobus monkeys are often seen at the drinking areas. They mix with the various species of antelopes and warthogs. If the visitor is very lucky, they might even get to see a leopard drinking in the early morning.

All of Ghana’s National parks offer guided tours. Some like Mole National Park even have tours that you can go and drive through the park by yourself and a park ranger guide accompanies you. Can you imagine how much you would be able to learn from just one tour like that?

Ghana is such a beautiful country. It would be a shame if you visited the country and did not take the time to see the wildlife.o

Living in Accra, loving Accra, finding out what is new

Living in Accra, loving Accra, finding out what is new

The 8 most recommend night clubs to visit in Accra