Fix Us is a Ghanaian film that’s perfect for an audience that loves a good laugh. It is a comedy movie produced by seasoned Ghanaian actress Yvonne Nelson and directed by Pascal Amanfo. It’s a movie that shows just how possible it is to reach one’s dreams if you chase after them, but it also teaches that money is not everything. There are more important things than fame and wealth that could bring us the satisfaction we need in life.

Knowing Yvonne Nelson’s acting prowess, one can only imagine her stellar performance in a movie that she herself has produced even before they get to actually watch it.

Other notable names starring in this particular movie including the producer herself Yvonne nelson are Yvonne Okoro, Prince David Osei, Michelle Attoh, Nigeria’s Mofe Duncan, Ivorian Alexandra Amon, among many others. The line-up of actors is already enough to convince you to watch the movie as most of these famous names have been blessing our screens with the best delivery of the roles they play in different films.

The comedy movie Fix Us revolves around three women with the desire and a dream to become notable superstars. In their journey to reaching their dreams, they meet at an audition ground where they end up forming

a strong friendship bound by their shared aspirations. The ladies named Naadie, Jaya and Chioma, succeed in becoming movie stars, however despite getting what they wanted in life they still feel like they’re missing something in their lives. For them, it’s a journey of faith and fate and they do their best to achieve the happiness they desire.

When watching the movie, one can’t help but marvel at the big transformation in the ladies from the moment they began looking for that chance at a better life in the world of fame to when they actually achieve it.  You will also notice that the missing bit is love but that is exactly what needed fixing.

Fix Us received quite a positive reception from fans ever since it premiered on 6th December 2019 in Accra, Ghana. It was then screened in other parts of the continent with Nigeria’s Glitz Africa magazine also reiterating just how positively it had been received. However, Kemi Filani News critiqued the acting, even calling it bad and claimed that there was such poor storytelling. They claimed that there was so much overdweling on some scenes.

Well, we would say that for every production there will always be both positive and negative views. However, for us, the Fix Us movie was a great one with such a fun storyline and cast. It was a simple movie, easy to understand. The flow was not complicated and the picture quality was good, easy on the eye. The styling of the three ladies as stars was well done and all these positive points probably explain the nomination of the film and its cast in various categories at the prestigious Ghana Movie Awards.

It also appears that the great performance given by the ladies as they played movie stars was possible because they are indeed real life movie stars so the delivery was seamless.

The movie was nominated in the Best Picture category, for Best Director, Best Editing, Best Cinematography, Best Supporting Actress and 13 other categories. The Movie managed to scoop five awards during the event.

This Yvonne Nelson production became available on Netflix in 2020 after recording a huge turn up in Nigeria’s cinemas upon release.

All in all, Fix Us is a must watch and is certainly one of the best movies coming from Ghana, which is one of the film hubs in the entire continent. It was in simple words, a big success.

The 12 most recommended luxury resorts in Ghana to experience

20 must try restaurants and places to eat in Accra 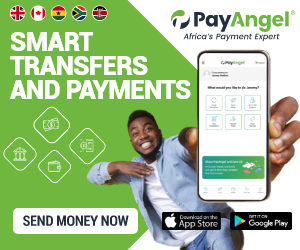